Alice Rose is a Danish vocalist, singer-songwriter, artist, poet, world traveller and busker. With her clear and pitch-perfect voice, heartfelt lyricism and minimal sound, she has created a harmonic and inspiring work of music.

Alice Rose works with vocals, electronic instruments and viola, she also plays  an acoustic instrument, the autoharp for her soul touching acoustic concerts. Autoharp is a small harp sounding instrument, from the folk tradition, and with it’s angelic chord progressions, Alice plays it beautifully and now combines it with her other musical styles. Together with her Scandinavian voice and her profound lyrics, she touches the listener straight in their core.

The creator of 5 studio albums and multiple singles, and collaborations with other musicians, she is  a versatile musician. Her love for the experimental and contemporary dance music, has led her to explore improvisation and modern dance practices.

When she moved to Berlin in 2016, she began to play on the streets to connect with her audience, meet the people where they are… And she got invited to play concerts, weddings, pubs, composed for modern dance pieces and festivals. She is residing in Thailand, at the moment, as there is very little corona. 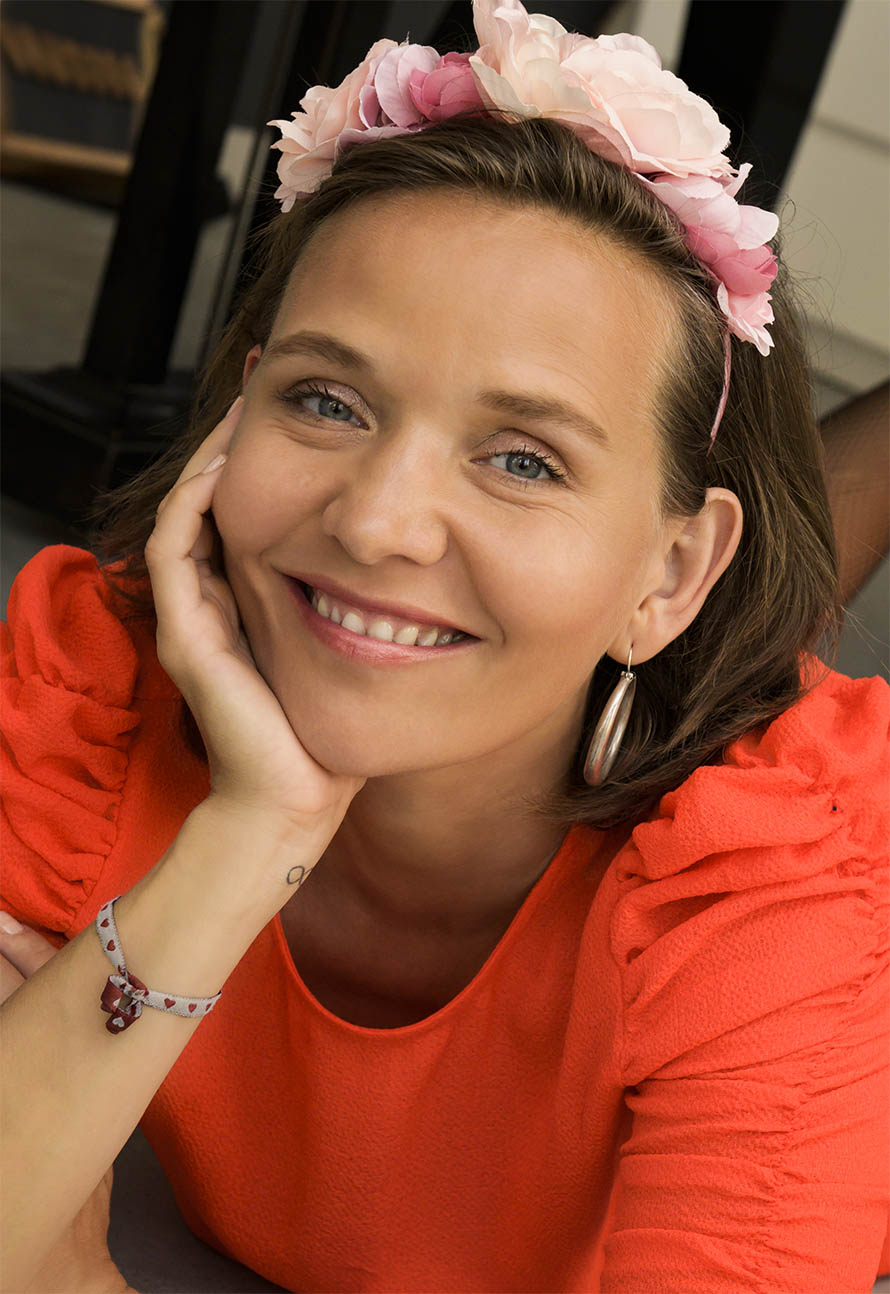 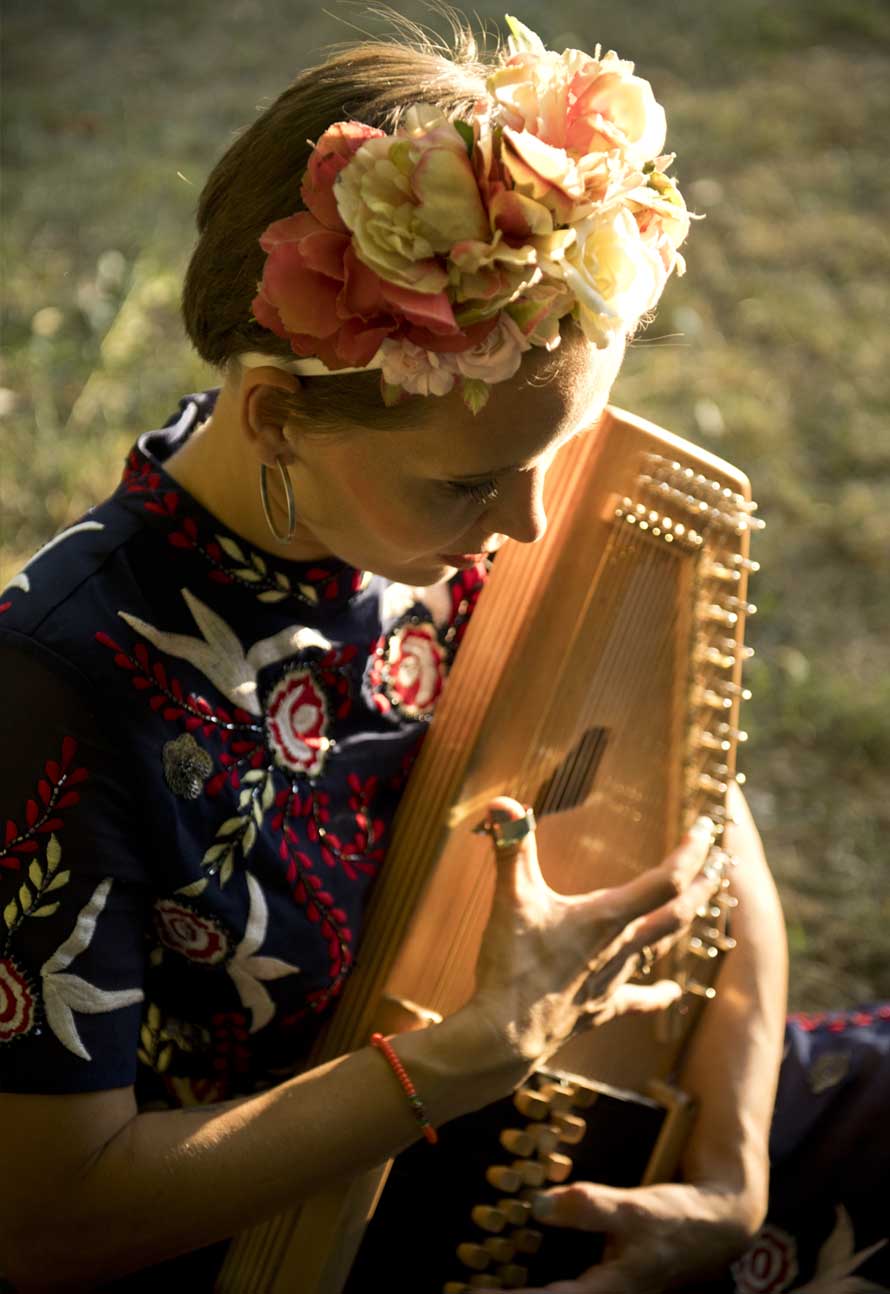 Alice plays the autoharp beautifully and now combines it with her other styles. Together with her Scandinavian voice: soft, raw, angelic, and her profound lyrics, she touches the listener straight in their core.With her clear voice, heartfelt lyricism and minimal sound, she has created harmonic and inspiring music, in a world full of chaos.

“While The Moss Redeems The Stone“ is her newest album: soft, harmonic, ambient and raw, a poetic, in-depth album with lyrics of profound depth and clarity, where 13 songs weave stories of love and longing, life and death, learning to relate and let go.

The album is co-produced by the talented artist, Jamie Collier, from New Zealand, and is played entirely with handmade instruments, and mastered on tape. The two collaborators are now in the pre-production for the next Alice Rose album.

Alice is also deeply embedded in the underground improvisation dance scene with her melodies, soundscapes and beats, keeping the dancer’s hearts open, their practice alive and fluid with her impromptu compositions played on her viola and loop machine. Her curiosity has moved her to travel the world with long stays in conscious communities in India and Thailand, sharing her magic with an international audience.

Now with the first movie score credits to her name and live TV appearances in her native country (Alice is featured in the TV show, ‘Denmark’s Got Talent’), Alice Rose continues to courageously open her heart to an ever expanding audience. Find yourself lost and uplifted in one of her 5 albums, or even better! Go catch on of her shows if you can!

About her latest album, “While The Moss Redeems The Stone”, released in 2021. Her songs speak of the joy and tragedy of the human experience: love and longing, heartbreak, dreams, happiness, and despair. Sultry evenings spent star gazing at the tropical night sky. Admiring the spectacles of heaven from sun-soaked shores, as in the song, Lonely Island. Meeting a lover on Berlin’s blue bridge, “Elsen Steg”,  as in the song Florida Moon. Connecting with our innate aliveness, in the celebrative single, Alive, featuring the island community of free-spirited souls who remained in Thailand during the pandemic.

Alice is a rose, a musician, a muse, an unlocker of creativity, and an adventurer in the world of music, love, and life. Listen to this album and join her journey.

Alice Rose „While The Moss Redeems The Stone“ – release date: 23rd of April, 2021
Distribution by: www.manual-music.com – Supported by www.koda.dk and www.dpa.org 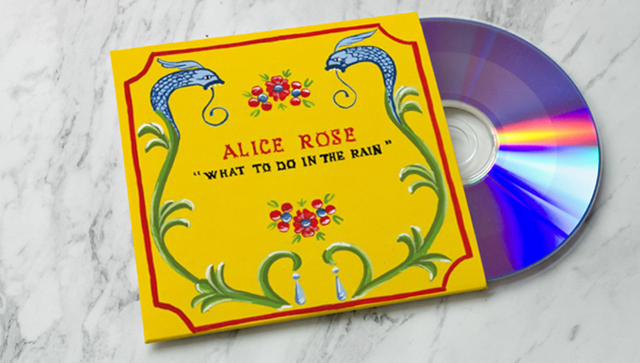